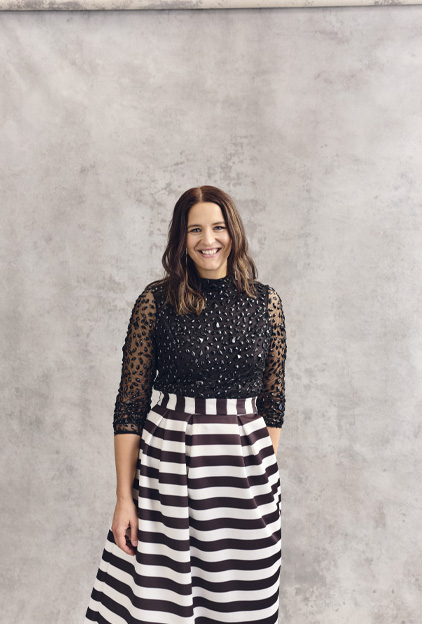 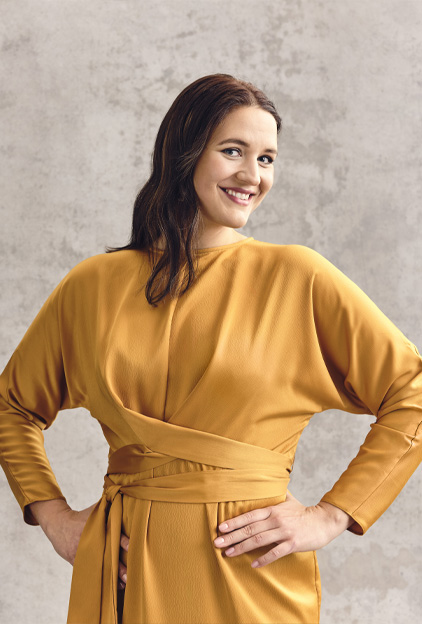 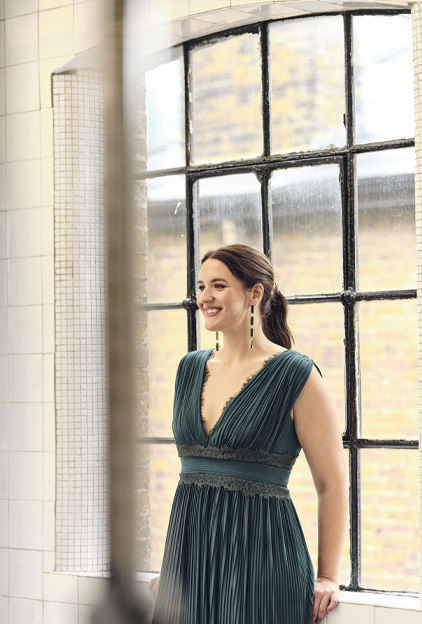 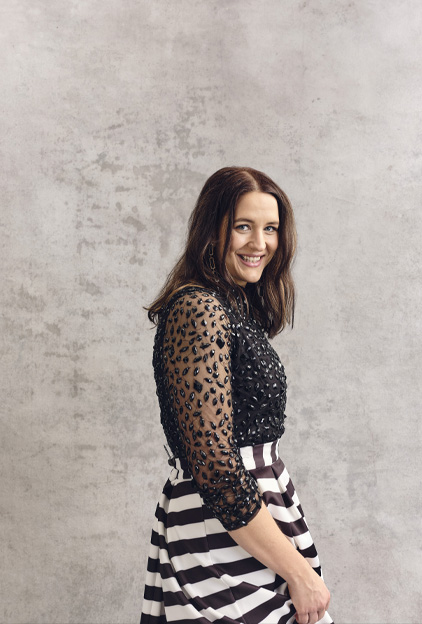 Since winning Plácido Domingo’s Operalia and Queen Sonja competitions in 2015, Norwegian soprano Lise Davidsen has taken the classical music world by storm, with resounding debuts in venues such as Metropolitan Opera, Royal Opera House Covent Garden, Teatro Alla Scala Milan, Bayreuth, Aix-en-Provence and Glyndebourne Festivals, Bayerische Staatsoper, Wigmore Hall and the Barbican, Wiener Staatsoper, the BBC Proms at Royal Albert Hall and Zurich Opera House. “It’s been a long time since a singer has generated as much buzz,” wrote Gramophone in the review of her debut album for Decca, which debuted at number one in the UK Classical music charts. Released on 31 May 2019, her recordings of music by Strauss and Wagner inspired the magazine to declare that “she is one of the greatest vocal talents to have emerged in recent years, if not decades.” Her second Decca solo
album Beethoven, Wagner, Verdi was released to equal acclaim in March 2021.

Following her rapturous debut in 2019, Davidsen makes a triple appearance at the Metropolitan Opera in the 2021/22 season as Eva Die Meistersinger von Nürnberg under the baton of Antonio Pappano, the title role of Ariadne auf Naxos under Marek Janowski and as
Chrysothemis Elekra in Patrice Chéreau’s visionary production, conducted by Sir Donald Runnicles. Davidsen returns to the Bayreuth Festival as Elisabeth Tannhäuser and Sieglinde Die Walküre, a role which she also performs at Wiener Staatsoper under Axel Kober; and makes her debut at the Fondazione Teatro del Maggio Musicale Fiorentino as Leonora Fidelio in a new production by Matthias Hartmann, under the baton of legendary Zubin Mehta. Also in Vienna she makes her stage debut as Ellen Offord alongside Sir Bryn Terfel and Jonas Kaufmann in the title role, in an all-star performance of Britten’s dramatic opera Peter Grimes. Davidsen’s highlights on the concert platform include Strauss Op. 27 with the Orchestre de Paris, conducted by Klaus Mäkelä, and with Boston Symphony Orchestra for both performances and a tour under Andris Nelsons; a recital tour with Norwegian pianist Leif Ove Andsens to major venues including Bayerische Staatsoper, the Barbican, Teatro Real Madrid, Staatsoper Berlin,the Norwegian National Opera and Wiener Konzerthaus; Zemlinksy’s Lyric Symphony the Berlin in her debut with the Berliner Philarmoniker and Kirill Petrenko; and special gala appearances in Moscow, Oslo and A Coruña.

Despite the Covid crisis, Davidsen’s astonishing ascent has been unstoppable: in August 2020 she was one of the first stars featured by the Metropolitan Opera as part of their celebrated series: Met Stars Live in Concert. Davidsen’s rendition of Grieg’s En Svane and Ved Rondane from the recital was then broadcast together with the New Year Speech of King Harald V of Norway and in April 2021 she was a guest on Norway’s most popular chat show Lindmo. Shortly after this, in May 2021, she re-opened Teatro Alla Scala in Milano, with a solo concert under the baton of Maestro Riccardo Chailly, and Bayerische Staatsoper with a concert
performance of the 1st Act of Die Walküre alongside Jonas Kaufmann, both events happening during the same week she was awarded Female Singer of the Year by the International Opera Awards. Further highlights include Sieglinde Die Walküre in a new production at Deutsche Oper Berlin and in concert at Opera de Paris; the title role of Jenufa at the Concertgebouw in Amsterdam; Elisabeth Tannhäuser at Bayerische Staatsoper; a return to Bayreuth in Tobias Kratzer’s production of Tannhäuser and concert performances of Die Walküre; as well as a Strauss film project with the Norwegian National Opera. On the recital platform her appearances include recitals at home in Oslo, for the Norwegian National Opera, in Germany at the Koncerthuset Dortmund and in Spain Palau de les Arts Valencia; and together with famed Norwegian pianist Leif Ove Andsens in Trondheim and Rosendal Chamber Music
Festival in Norway.

Last season, Davidsen’s further appearances included a role debut as Ellen Orford Peter Grimes at the Enescu Festival; Strauss’ Op. 27 with Philharmonia and Esa-Pekka Salonen at the BBC Proms; Vier letzte Lieder with Orchestre de Paris; Beethoven Symphony No. 9 with Gianandrea Noseda and the Wiener Symphoniker and with Vasily Petrenko and the Oslo Philharmonic; Sieglinde Die Walküre with Fabio Luisi and the Danish National Symphony Orchestra and solo recitals in London (Barbican), Oslo, Copenhagen and Bergen.
Further recent highlights include her widely acclaimed company debut with the Metropolitan Opera as Lisa Queen of Spades, a role she also sang in Stuttgart; Leonore Fidelio in a new production at the Royal Opera House and in concert with Yannick Nezet Seguin and Opéra de Montreal; Elisabeth Tannhäuser which she performed at Opernhaus Zürich, Bayerische Staatsoper, and in a triumphant debut at the Bayreuth Festival where she was hailed by the international press as a “voice once in a century”; the title role of Ariadne auf Naxos at Aix-en-Provence Festival; Wiener Staatsoper and Glyndebourne Festival; Agathe in a new production of Der Freischütz at Opernhaus Zürich; Cherubini’s Medea at Wexford Festival; Santuzza Cavalleria Rusticana and Sancta Susanna in Oslo; and Isabella Das Liebesverbot at Teatro Colon.

Davidsen was an Artist in Residence with Bergen Philharmonic Orchestra during the 2017-18 season when her appearances included an open-air concert, Verdi’s Requiem and Wesendonck Lieder as well as recital performances. Her discography includes two solo orchestral recitals on Decca; complete recordings Der Freischütz and Fidelio, both released on Pentatone and Sibelius Luonnotar on Chandos. A 2014 graduate of the Opera Academy in Copenhagen, she has studied under Susanna Eken, previously gaining a degree from the Grieg Academy of Music in Bergen. In 2015 Davidsen was crowned winner of both the Operalia and the Queen Sonja competitions. Her breakthrough performances won her the First Prize, the Birgit Nilsson Award and the Audience Prize at the Operalia competition in London as well as the prize for the best performance of Norwegian music and the Ingrid Bjoner Scholarship at the Queen Sonja
International Music Competition. She is also a triple winner at the 2015 Hans Gabor Belvedere Singing Competition in Amsterdam and a recipient of many awards, including the HSBC Aix-en-Provence Laureate, Statoil Talent Bursary Award, Léonie Sonning Music Prize,
Danish Singers Award 2014 and the Kirstin Flagstad Award 2015. In 2018, Davidsen was presented with the prestigious Young Artist of the Year Award at the Gramophone Classical Music Awards.