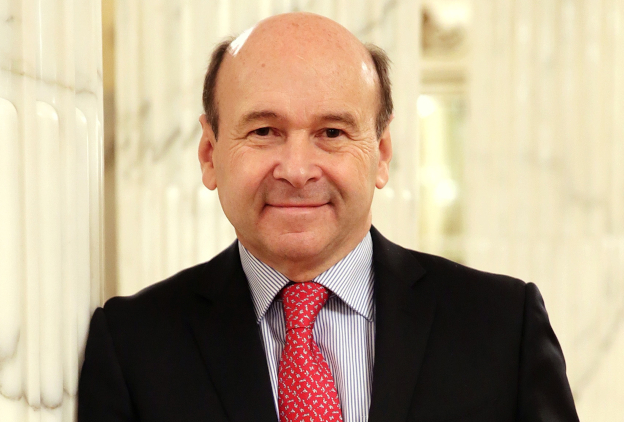 The son of a diplomat, Dominique Meyer was born in Alsace, France, in 1955 and spent his childhood in France and Germany. In September 2010 he became Director of the Vienna State Opera.

Between 1980 and 1984 Dominique Meyer worked as a commissioner at the French Ministry of Industry, where he was in charge of the departments of electronics and computer industries; he was also involved in the planning and foundation of France’s first CD-factory (the second in the world), the MPO in Averton. From 1984 to 1986 he was an advisor in the cabinet of the Minister of Culture Jack Lang, where he was responsible for the film and cultural industries. From 1986 to 1988 Dominique Meyer was an advisor to the presidents of the Paris Opéra Pierre Viot and Raymond Soubie.

In 1988 he joined the cabinet of the Minister of Culture and Communication with responsibility for film and television. From 1989 to 1990 he was general director of the Paris Opéra (Palais Garnier and Opéra Bastille). In 1991 he became a director in the cabinet of the Ministry of Communications and Media under Minister Catherine Tasca. From 1991 to 1993 he worked as an advisor in the cabinets of Prime Minister Edith Cresson and Pierre Bérégovoy with responsibility for the areas of cultural affairs and communications, youth affairs, education and sports. He subsequently held the position of general director of the Lausanne Opera from 1994 to 1999. From 1999 until the end of the 2009/2010 season he was general and artistic director of the Théâtre des Champs-Elysées in Paris.

In the field of dance Dominique Meyer was from 1991 to 2007 president of the Ballet Angelin Preljocaj and was appointed honorary president in 2007. From 1995 to 1999 he was a member of the board of the Maurice Béjart Ballet in Lausanne as well as of the Prix de Lausanne dance competition. From 2006 to 2010 he was cashier on the board of the Foundation Nureyev.

In the field of music he was president of the French Youth Orchestra from 2001 to 2010, since 2010 he has been the orchestra’s honorary president. From 1995 to 1999 he was a member of the board of directors of the Lausanne Chamber Orchestra. As treasurer of the ProQuartet he organized chamber music concerts and string quartet performances. He was artistic consultant to Riccardo Muti during the founding of the Orchestra Giovanile Luigi Cherubini in Piacenza. He is currently on the board of directors of the European Music Theatre Academy (EMA) of the University of Vienna as well as of the Conservatoire National Supérieur de Musique et de Danse de Paris (CNSMDP).

In the fields of film and television Dominique Meyer was president of the committee “Television, drama and music” at the Centre National de la Cinématographie from 2000 to 2003 and is the author and director of the documentary film Eclats de Voix – Schallende Stimmen (Resonant Voices) about Wagner’s Ring-tetralogy, with Pierre Boulez, Patrice Chéreau, Jeffrey Tate, etc.

Furthermore Dominique Meyer was researcher at the Institute of Science and Research at Paris IX Dauphine University from 1979 to 1980, assistant in market economy at Paris XIII University from 1979 to 1982, professor and historian of economics and economic concepts at Paris III University – INALCO from 1980 to 1988, professor of economics at Lyons II University from 1986 to 1988 and lecturer for the course Master Professionel Administration de la musique et du spectacle vivant at the University of Evry, Paris until 2010. Since 1 March 2020, Dominique Meyer has been Sovrintendente of Milan's La Scala (Teatro alla Scala) and will continue to run the Vienna State Opera in parallel until 30 June 2020.